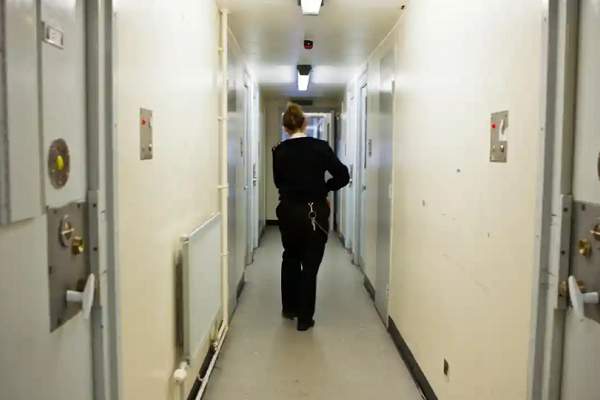 Emergency births in prison - our response to new report

Newly published research by Dr Laura Abbott, specialist midwife and senior lecturer at the University of Hertfordshire, has highlighted significant risks to the safety and wellbeing of pregnant mothers and their babies in UK prisons; including women giving birth in cells without midwifery care. During her research Dr Abbott encountered a number of stories of births happening in prison, including speaking to one woman named as ‘Layla’ who had a potentially life-threatening premature footling breech birth (feet first) in her cell.

A member of the prison healthcare team had dismissed Layla’s concerns she might be in labour earlier in the evening, telling her she had weeks left until her due date. The baby was born a few hours later, amid what was described as ‘absolute panic’ among staff.

Responding to the research, Naomi Delap, Director of Birth Companions, says: “Dr Abbott’s work shines a vital and long overdue spotlight on the risks mothers and babies currently face within the prison system. It appears, based on this research and our own conversations, that births may be happening in cells or during transfer to hospital in greater numbers than the prisons service or government are aware of, often as a result of slow staff responses, unqualified assessments or incorrect advice. Such situations are not only dangerous for mothers and babies, but are also highly stressful for prison staff.

“Any pregnancy and birth carries risks, and complications can happen for many reasons. We don’t want to blame prisons for incidents beyond their control, but there seems to be a good deal of evidence suggesting that prisons are failing to minimise and manage these risks, not only in terms of physical safety, but women’s mental health too. It’s vital that these issues, and others affecting pregnant women and new mothers in prison, are fully addressed in the new framework for women offenders due to be published by the Ministry of Justice before the end of the year. Without urgent changes, the lives of babies and mothers will continue to be put at risk in the prison system.”

Birth Companions is calling for a number of immediate steps to be taken to protect pregnant women and babies in prison, including:

Read the article in the Guardian